My entrance into the blogging world…

This is it! My first official post on my first official blog. I have wanted to keep a blog for some time, and now that I have a strict purpose and incentive, what better time than to start? I hope that not only will I be able to record my adventures and memories, not only for myself, but for my friends, family, and whomever may be interested…but that in the process I will hone my writing skills as well. So if you become a follower of my adventures, hopefully you will be able to perceive the progress of this blog as I myself evolve through the coming months (years?)…

I suppose that as this is the first post, I should provide some background information as to where I am going, and what I will be doing!

I am very, very excited, and very honored to be one of the few thousand people in the world to spend some time on the continent of Antarctica. I never even dreamed of this – being mostly interested in and passionate about the tropics, I never considered that I would ever be visiting this extreme environment. And not only visiting it, but working and living there!

So you may be wondering, how did I get this rare opportunity? Having volunteered, and then worked, in Dr. Steve Emslie’s lab at UNCW for the past 2.5 years, I guess you could say I just had my foot in the door…starting out, I spent time preparing penguin eggshell samples from Antarctica for isotope analysis (and I never imagined to eventually be the one to be collecting them…)…I also spent some time on the sparrow banding project, and the Colorado Cement Creek Cave paleoecology project. Then I became interested in learning how to make museum bird specimen skins, which I thoroughly enjoyed for the anatomical precision and scientific artsy-ness it allowed.

Around this time, Dr. Emslie won a significant NSF grant for his Antarctica project, which allowed him to afford an undergraduate to take to Antarctica. At that point, my involvement in the Antarctica expedition had been proposed, but it seemed so unreal (and far away) that I did not yet want to really believe that I would get to go! Dr. Emslie, I guess after seeing how dedicated I was, decided to invite me, and a fellow lab/classmate, to Colorado for two weeks this past July to help excavate a new cave for fossils his Colorado paleoecology project. And as soon as I returned to Wilmington for the semester, I was instructed to start the medical and dental procedures entailing deployment. It became real, something concrete that I could actually start planning for…Due to the timing of the expedition, however, it meant that I would be missing the first month of classes at UNCW, which would be impossible. Luckily I had, the year prior, decided that I wanted to do a semester abroad, in Australia. It just so happens that they do not start classes until mid-February – perfect timing for after the expedition! And so everything fell into place, naturally. 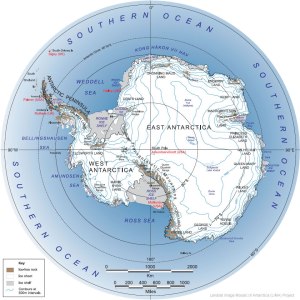 What will I be doing in Antarctica? This is a major expedition. Dr. Emslie is bringing not only his graduate student, Mike P., and me, but also a professor from China, a professor from Poland, and an American geologist. Everyone will pretty much be working on their separate research projects, and I will be assisting anyone (and hopefully everyone – to get as much diverse experience as I can) in the field work. That is my official title – field work assistant. Mike  and Dr. Emslie are working with the penguins – Adelies, gentoos, and chinstraps. The Polish professor is working with plants (lichens, for the most part). We will be going to several different sites to collect modern and older eggshell samples for the isotope project. ***And, since this will be my first time in Antarctica, I will have to undergo the 2-3 day Antarctic Survival Course…you know, survival basics like how to find your way in a whiteout, how to build an igloo (and have to spend a night in it), etc. 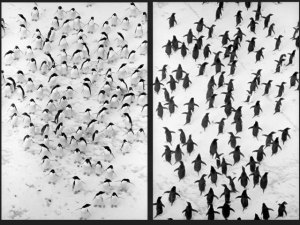 This entry was posted in Uncategorized. Bookmark the permalink.

8 responses to “My entrance into the blogging world…”